Posted on November 16, 2012 | 11 Comments
This weekend we are going to Chengdu in Sichuan province in Southwest China.  It is the capital City of Sichuan and is home to approximately 14 million people.  It is designated as a Tier 2 City.  This got me thinking….. what is a Tier 1 City, how many tiers are there and what does it mean.  Surprisingly, I could not find an official definition anywhere.  I did, however, find lots of websites that have opinions so I thought I would summarize my findings.
In the past two decades, numerous cities in China have experienced unprecedented economic growth and this economic phenomenon triggered the rise of a classification system based on “tiers”.  This aims to rank cities throughout China in terms of their population size, development of services, infrastructure and cosmopolitan nature.  Although the tier system is often criticized for being inexact and lacking standardized criteria, it can serve as a useful reference for companies that are trying to structure their China strategy.

Beginning in the 1980’s, the Chinese government began investing large amounts of capital in major Chinese cities in order to stimulate economic growth in different regions of the country.  Because every city experienced growth at its own pace, it became relevant for the economic and business communities to become familiar with this tier- based classification method.

TIER 1 CITIES
Tier 1 cities were the first to be opened to competitive economic development by the Chinese government.  These cities are recognized for being densely populated as well as culturally and economically influential.  Tier 1 Cities attract the attention of foreign enterprises given their large middle class representation and income levels well above the national average.  Cities that fall within this category represent China’s most developed markets in terms of consumer behavior.  First tier cities register total retail sales of around 30 billion RMB ($4.75 billion USD), and an annual per capita income of around 11,000 RMB (1,774 USD).

Tier 1 Cities are:  Shanghai, Beijing, Shenzhen, and Guangzhou.   These cities are known for being important political, cultural, industrial and financial centers in China as well as key hubs for the greater East-Asia region.

TIER 2 CITIES
The rapid economic growth and rising incomes in 2nd tier cities has caught the attention of foreign investors over the past several years.  The markets in Tier 2 cities are a lot less competitive and the labor costs are substantially cheaper compared to Tier 1 cities.  A rapid increase in consumer spending in second tier cities is creating more demand for foreign brands.  However, the income of consumers in second, third, and fourth tier cities has been reported to be less than half compared to those in first tier cities.  At the end of 2011 around 60 cities in China qualified as second tier cities (China Sourcing).

Some sources point to a more complex method of classification within second and third tier cities (rightsite.asia).  This method of classification divides cities into three subcategories within their tier: high, medium, and low.  Tianjin and Chengdu are examples of cities that fall within the second tier high category. These two cities are considered rapidly developing economic centers.  Within the second tier medium subcategory we see places like Nanjing and Xi’an where economic development shows relatively stable progress.  Second tier lower cities are generally characterized for being the capitals of some provinces as well as cities that show increasing economic development. Second tier lower cities include Wuhan and Hefei.

TIER 3 CITIES
There are approximately 200 county-level cities in China that fall within the category of a 3rd tier city (China Sourcing).  Within third tier cities there is also a categorical subdivision like I mentioned above. Third tier high cities include Zhongshan and Shantou.  Third tier medium cities include cities like Xining and Baoding.

I also wondered why the Chinese government created a system like this.  Again, I could not find any direction or explanation.  It seems that it is a useful reference for foreign investors who wish to establish a presence in China.  China has more than 120 cities that have a population of 1 million people or more.  In fact, it is mind boggling to imagine 1.4 BILLION people in this Country.  And, that 800 million of them live in remote, rural areas in relative poverty – that is more than double the population of USA to put it in context.  Many of these people have never seen a 100RMB note (approx £10/$15). 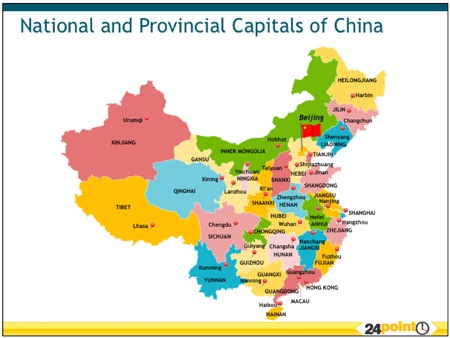 I could not find a single listing for Tier 3 cities so by process of elimination, if you are in a Chinese city that is not listed as Tier 1 or 2, then you must be in a third tier city!

This entry was posted in Uncategorized and tagged "This is China", Chengdu, China Tier System, Shanghai. Bookmark the permalink.