I have been travelling so much in 2013 and now I am trying to catch up on posts.  We have also had some issues with our internet access (it is the season of changing Party officials, after all!!)

The lead up to Christmas was full of festivity and there were lots of events that Owen and I were invited to.  Jane and JC hosted a Stars and Stockings Party which was huge fun.

Stockings and Stars!  Most of the girls showing off their stockings.  I just wore Star earrings!!

Some of the Boys 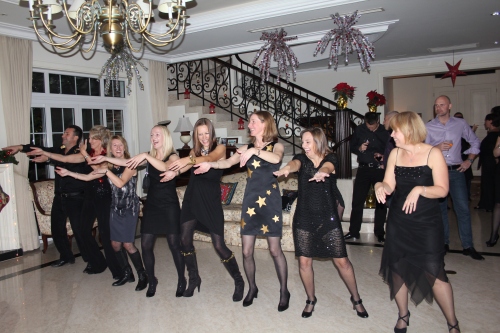 Thanks to plenty of champagne and some great music (Jane and JC’s 14 year old son was DJ!) there was plenty of dancing. And dancing in 80’s style! 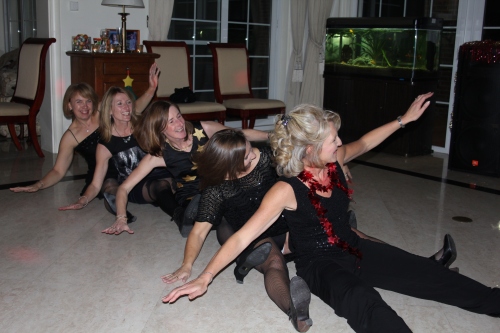 And, remember this one?

It was a fantastic evening.  Not only was Jane and JC’s son the DJ, but he also tended bar for us all – mixing perfect cocktails dressed in a tux!  I am sure we all gave him some good stories for his friends!! 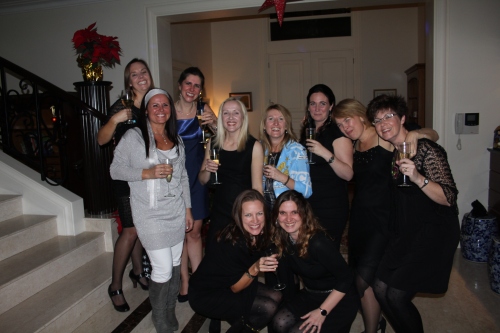 The party that kicked off the Christmas season celebrations!

More Christmas parties the following weekend: friends from work on Saturday night and then Sunday was open house at Jane and Kevin’s house.  She had over 12 children all doing arts and crafts – decorating cookies, making Christmas tree ornaments and colouring.  It was loud and noisy with so many kids having so much fun.  It was a lovely relaxing Sunday afternoon catching up with friends, discussing Christmas plans, sipping mulled wine, eating mince pies and other traditional goodies. 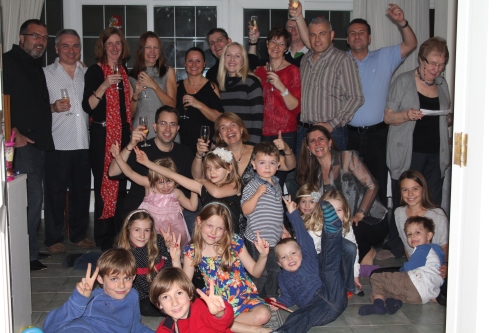 Open House at Jane and Kevin’s

This entry was posted in Uncategorized and tagged Christmas, Emerald, Ex-pat, friends, Party. Bookmark the permalink.