I always find it amazing how children can make their own fun.  Here is a video clip of Isabelle and Oliver using the sofa base cushion to slide down our stairs.  They did this over and over and over again!  Uncontrollable giggles galore.

Tetley loved watching the kids sliding down.  After 1 trip, she laid down on their “slide” and it seemed like she wanted in on the action!  Both children begged me to let her come down with them, but I had to be the party pooper on that!

Tetley trying to join in!

The ability for children to make believe is also something that I love watching (and sometime participating in!)  Isabelle and Oliver have been busy lately making dens.  These are sometimes castles, sometimes caves, sometimes tents but always fun.  Teddies and lovey’s make their way into their stories and games. Oliver loved his den so much that he spent a couple of nights sleeping in it.  Of course, he was surrounded by so many of his teddies that I wondered it there was any room left for him.  Many times, Tetley wants to join in and she tries to squeeze her way into the small spaces that the kids have built.

One of the completed dens. 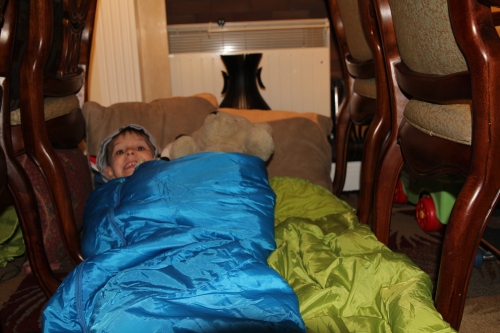 Oliver ready for sleeping in the den.

Even though there are times when the 2 of them do not get along and they irritate one another, generally they are so good together and will play so well.  They build on each other’s ideas and will give and take pretty evenly.   I love watching their relationship develop and deepen.

I love my brother/sister! 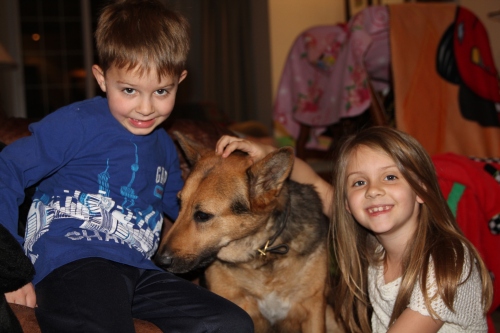 We love Tetley too!

This entry was posted in Uncategorized and tagged Kids. Bookmark the permalink.