BISS has been celebrating the Queen’s Diamond Jubilee along with the rest of the UK (and many areas of the Commonwealth).  Friday was the Pudong Big Lunch (part of the global Eden Project) and the kids enjoyed a picnic at school.  After lunch, all the school children let off red, white and blue balloons into the sky. they had 1 each to release.  I wish I could have seen over a 1000 balloons in British colours floating away.  Here are a couple of photos from the school newsletter: 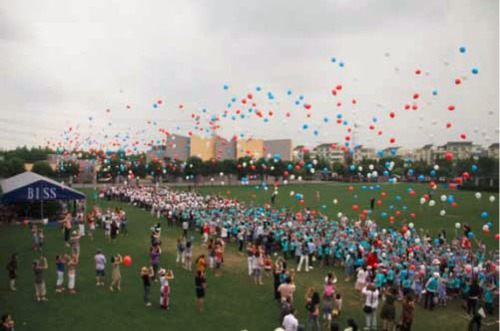 Over 1000 Red, White and Blue Balloons were released!

Isabelle also had an ICT project to upload a photo of her face into a picture of the Queen and then type in what she would do if she was Queen for a Day: 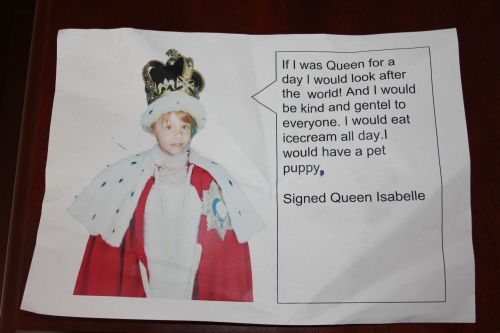 If I was Queen for the Day, by Isabelle

I thought she did a fabulous job and think she would be an awesome Queen!

Both children came home with commemorative tea-towels too: