Isabelle and Oliver both had their Sports Days at BISS this week.  They are in the Li House (used to be called Dragons) and the sports are organized by house.  Each student is competing for house points and there are no individual winners for first place in the activities.  I do like this approach at the younger age.

Oliver’s Sports Day was Tuesday May 20th and Isabelle’s was Thursday May 22nd.  We have had quite a bit of rain this Spring/Summer, so I think that everyone was relieved that we had dry days for the competitions!

The competitive areas were set up in the center of the field, with each station taking 2 or 3 minutes to compete.  The emphasis is on the team to score as many points as possible so everyone is cheering each other on.  The parents can walk around the outside to watch their children as they move from station to station. 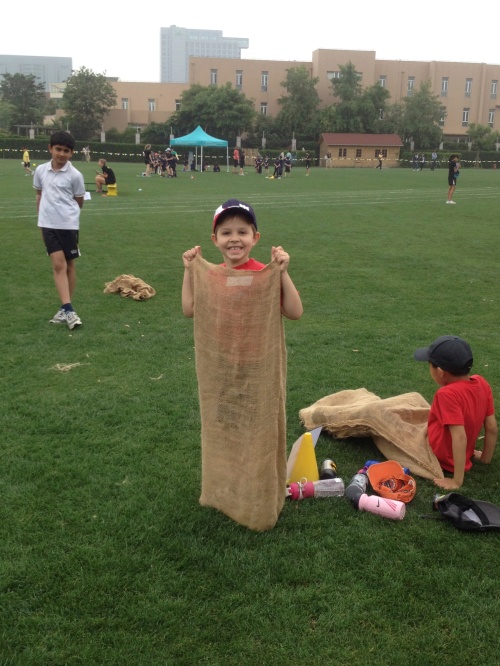 Getting ready for sack race. 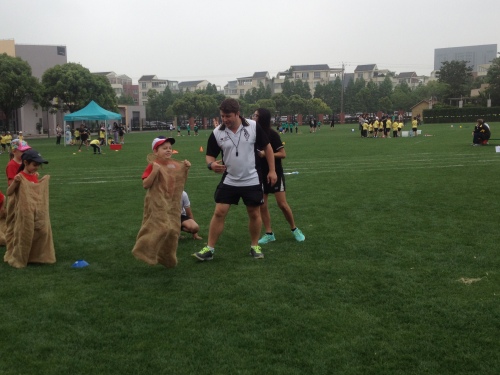 Jumping as high as he possibly can while getting encouraged by the coach! 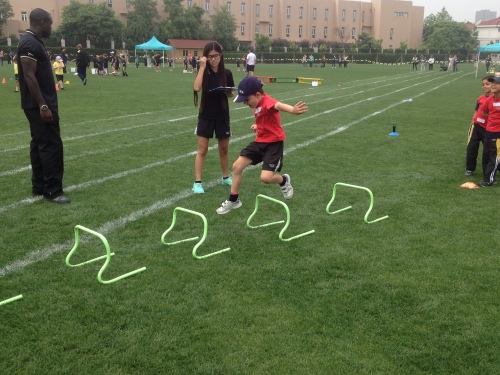 Oliver was pretty good at hurdles! 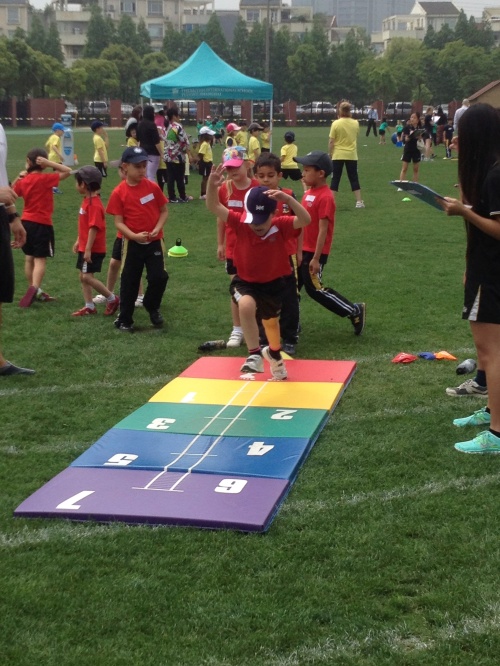 Made it to number 5! 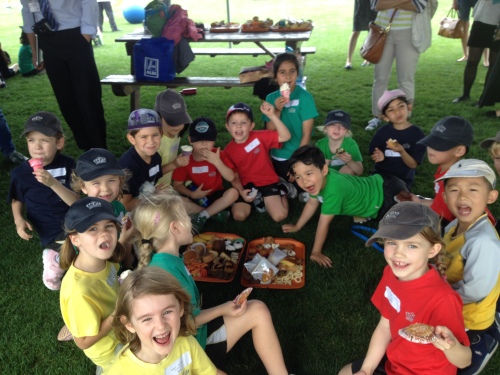 Half time snacks for the Infants. It is a wonder they could compete after all this good (sugar loaded!!) food.

For the Junior’s, they also add some individual competitions, but again, you are winning points for your house and not for a first place prize.  So, long jump, shot put, 100m race were all additional activities for Isabelle! 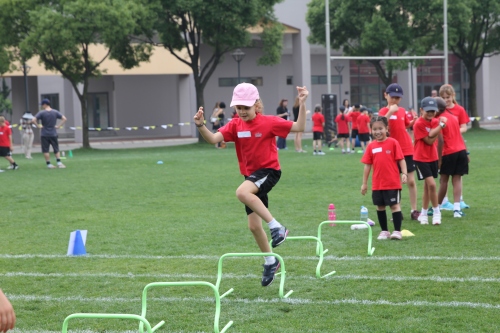 Isabelle was good at hurdles too!

They achieved a record for the relay station!

There was a rest station after every 4 or 5 activities. When you reached the coaches rest station, they picked 1 person to ring the bell to start and stop the 3 minute timer. Here is Isabelle ringing the bell!

Running her very best in the 100m 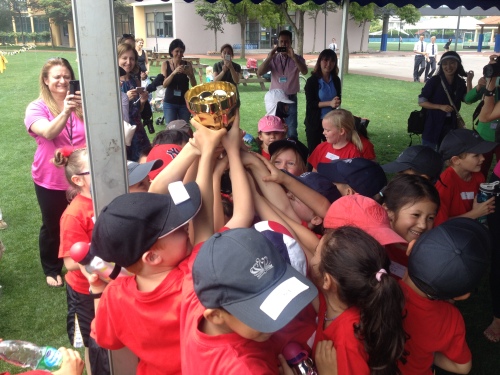 As many hands as possible trying to raise the cup for winning the Sports Day cup for their house. Li House won the day for Infants!

All the kids got a chance to pose for photos with the cup. Here is Oliver – so proud that his house won!

I was very proud that both of my children were obviously trying their very best at each activity.  We emphasis effort, willingness and spirit.  No-one can be the best at everything, but everyone can try their very best.  That is what we expect from Isabelle and Oliver.  And, on both of these Sports Days that is exactly what they did!!