Year 3E Art. The Queen’s head is made up of photos of the entire class. The 10p is a clever play on the theme of 10 for BISS’s anniversary.

BISS is celebrating its 10th Anniversary this year.  BISS is also very proud of the impact that they provide to the local community in Shanghai.  Every year the school, parents, students and friends raise over £60,000 for several charities that are chosen each year.  This year, the 10th Anniversary event was in the aid of Shining Star.  It is very exciting to know that the Art in Action event last Friday evening raised an incredible 85,100RMB (approximately £8,500) for the selected charity, Shining Star.  Their Operations Manager has confirmed that this amount is enough to provide the operations required to restore a childs sight!

The back of the 10p had the entire class signature’s – students and teachers.  We also bid on Oliver’s class art work.  They had created bi-lingual glass jars with English numbers on 1 side and mandarin on the other.  We also won this although we will be sharing the glass jars with other parents of his class.

During dinner there was a live bid.  The school had selected 10 pieces for this and Owen was very excited because there was 1 other piece that he really liked.  After a couple of to-ing and fro-ing across the room with the bids getting dangerously close to our upper limit, suddenly the others dropped out and Owen won. 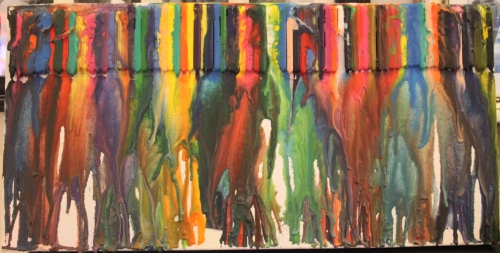 Our winning bid during the live auction. What do you see when you look at this?

It was a lovely evening. 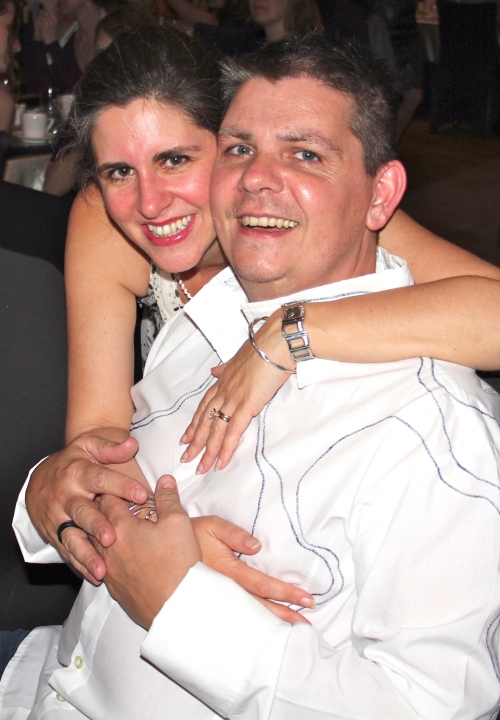 The art work was phenomenal.  There were several pieces that I really liked.  All the students are so talented and so creative. 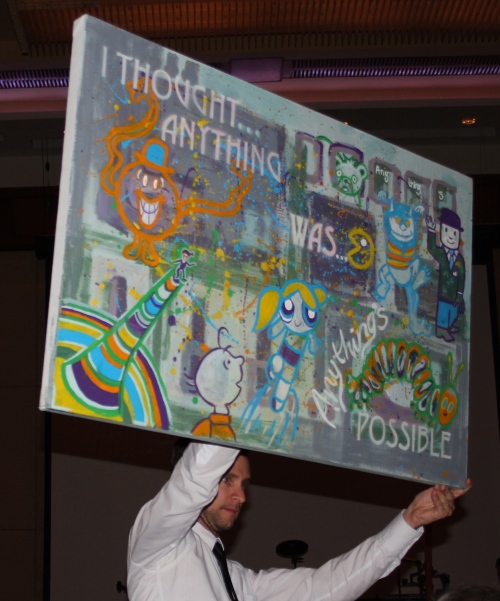 A bid going on display at the live auction during dinner.

This was my very favorite piece of art – I think it is a great representation of China and would spark memories for me years after our time here.  Obviously I was not the only person to think so as this piece generated a fierce bidding war! 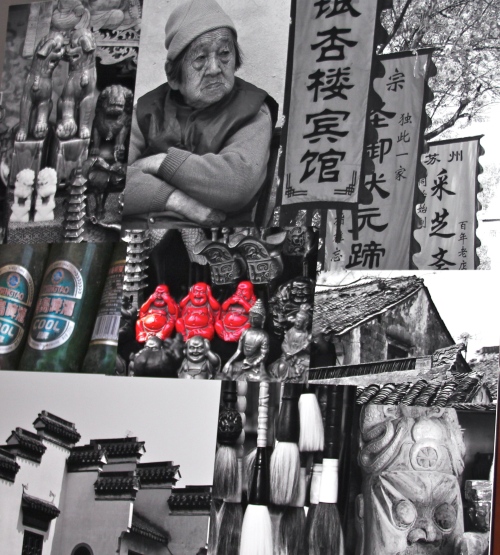 We also bid on this piece which we both liked very much. However, it went for way more than we could afford!

After the dinner, there was a fabulous band playing great music.  We danced into the wee hours!

Suzanne, Emma, Sara, Owen and John. Towards the end of the evening!!